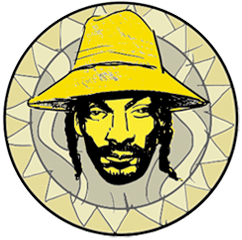 Nutrients are made from mineral salts. Salts always contain at least 2 elements. For example, kitchen salt is made from Sodium (Na) and Chloride (Cl) in the form of NaCl.

If water with Na+ and Cl– in it evaporated, the cation Na+ and anion Cl– would combine again to form NaCl. The Na+ acts like the north pole of a magnet and the Cl– like the south pole of a magnet, they stick together and become a solid salt.

A plant uptakes nutrients in preferential order which is called a redox. This means plants like certain elements more than others (luxury consumption).

An overview of a redox. The order is left to right.

Snoop’s Premium Nutrients is available in three different variants to suit every type of grower both big and small.

Our non-circulating nutrients have been formulated so that you achieve premium results from your run to waste system. The recipe is tailor made taking into consideration the fact that the nutrients pass through the root zone only once. When this happens the exact ratio of each element they require is delivered.

When nutrients pass through the root zone the cation NH+
4 is always taken first. This results in depleted levels of NH+
4 every time the feed water recirculates. Our circulating recipe has elevated levels of  NH+
4 to solve this problem. It is advised you change your tank every 2-3 days or your  NH+
4 levels will be too low.

For example: in an Osmosis Bloom recipe 20 positive loads and 20 negative loads are used.

When NH4+ levels are increased in a circulating recipe other elements need to be adapted so the balance of 20 loads on each side are kept intact and the overall EC of the recipe is not increased.

Our coco nutrients have been formulated so that you achieve premium results from your coco substrate. The recipe is tailor made taking into consideration the elements already present in the background EC of the coco due to the buffering process coco goes through.

The most common process for buffering coco is using potassium nitrate. To correct this potassium is reduced and calcium increased in the recipe. This is because of the cation exchange capacity (CEC ). Cation exchange sites are negatively charged sites on the growing media that attract positively charged cations. Certain cations attach easier to these sites. This is where elements from nutrients exchange with elements present on coco.

We use cookies to ensure that we give you the best experience on our website. If you continue to use this site we will assume that you are happy with it.OK